The Empire Theatre at Sunderland wanted an advertising campaign to celebrate their 150th anniversary. The theatre is the largest in the north of England and has a celebrated history having welcomed most, if not all, of the world’s great acts from The Beatles to Laurel and Hardy. 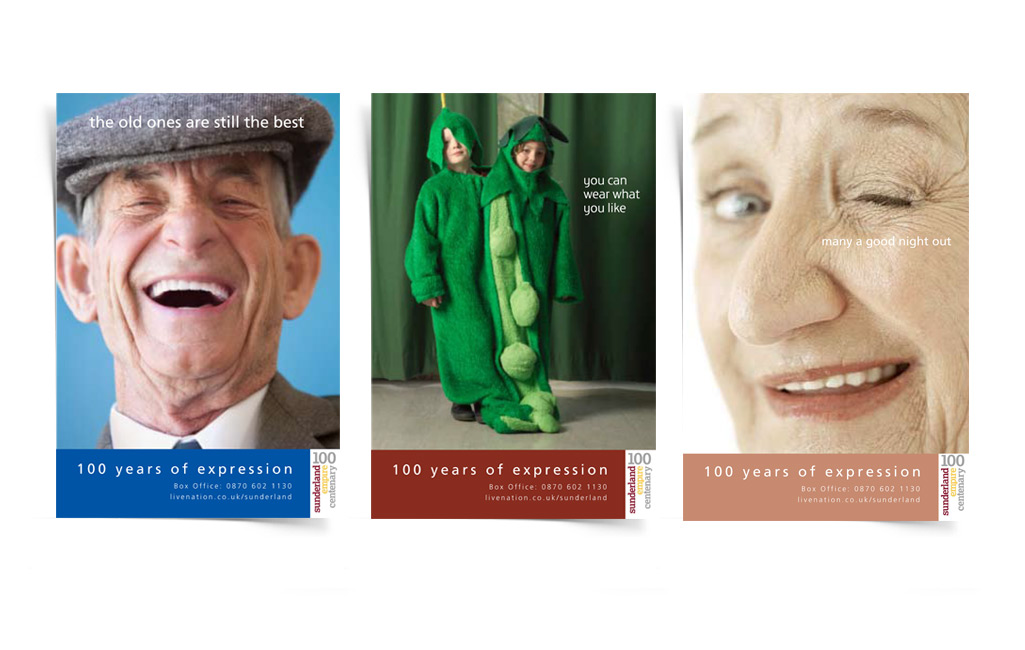 We created a series of ads that had market appeal to their diverse market which obviously covers a broad spectrum of ages and social types. We looked at pensioners, teenagers and also the different types of acts that have performed at the theatre over the years. We then developed the ads to appeal to these different markets directly and offer some humour at the same time which was in keeping with the theatre and the performances. 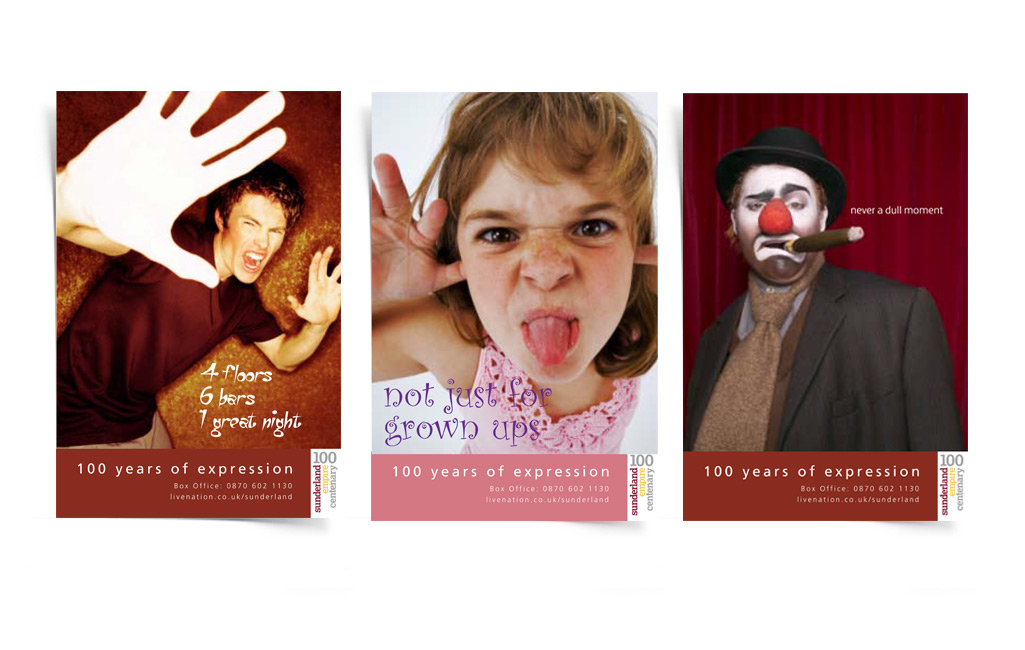